Are you sure you want to delete your account?

You have indicated you do not agree to our terms of use, do you wish to delete your account?

You will also be registered for the agent to contact you via other means you provide, with information relevant to your property search.

You’ve instructed a surveyor to compile a report on your prospective property purchase and now you’re sitting tight with everything crossed, hoping for a clean bill of health for the house you want to call home. The thing is, problem-free property surveys are pretty rare, especially for buildings that have been standing for 50 years or more.

So, what is your surveyor likely to unearth? Naturally, each property will be different, but there are a few common house survey problems that crop up time after time, and we’re going to run you through them in today’s post.
Let’s get started! 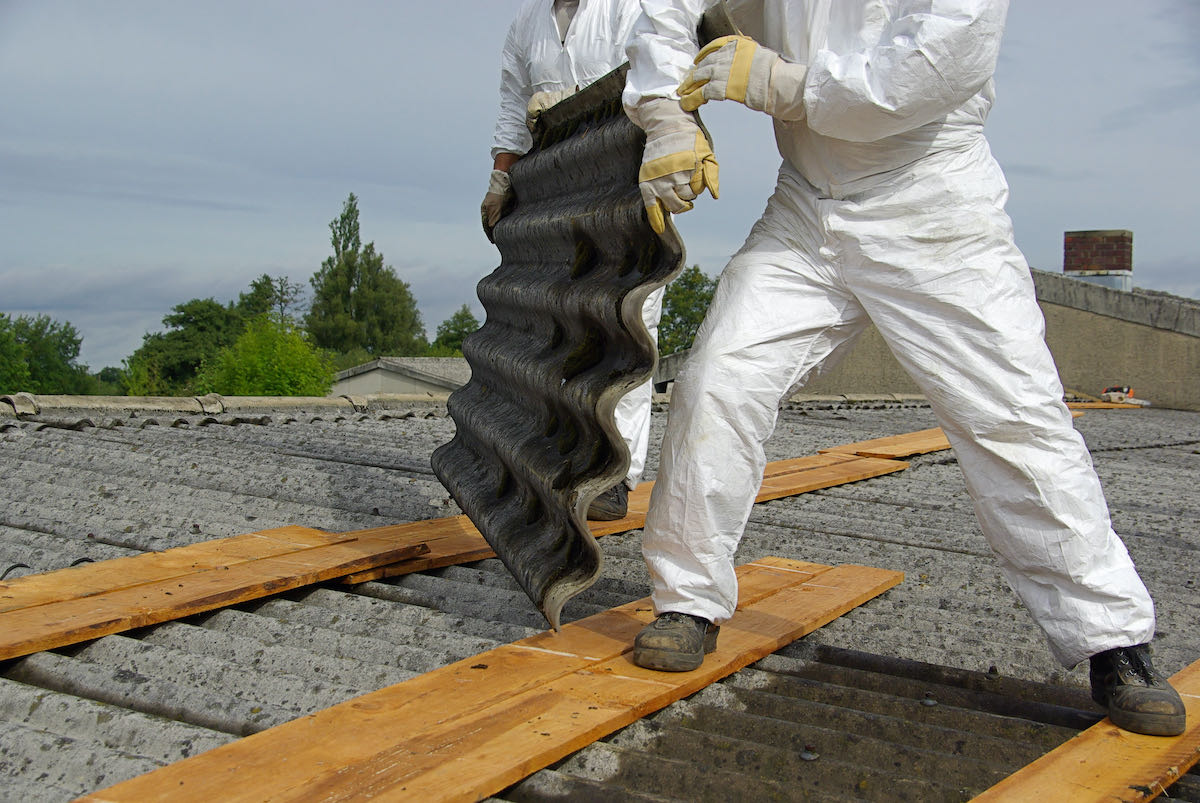 Once considered a wonder-material, asbestos is now something that strikes terror at the mere mention of its name. That being said, if your survey uncovers the presence of asbestos, all is not necessarily lost.

Asbestos can often be contained safely by a specialist, providing it hasn’t been damaged or is in otherwise poor condition. If containment is not an option available to you, then the asbestos must be removed and disposed of by a professional who specialises in that field.

How much this will cost can vary dramatically due to factors such as where the asbestos is found and how much of it there is. For a more in depth look at the material and how it relates to property.

Property surveys take external factors into consideration, as well as the building itself. The surveyor will take a walk around the property’s grounds and inspect the condition of things like boundary walls and fences.

It is not uncommon for issues to arise from this inspection of the grounds, especially if the boundary of your prospective property runs parallel to public property or land, as the security of your new home could be compromised.

It’s worth pointing out, however, that things such as broken fencing may be overlooked by a HomeBuyer Report as this probably won’t be seen as having an impact on the value of the home or its usage.

If you suspect there may be issues with boundary walls or fences, and would like specific guidance in this area, then a Level 3 Survey may be more suitable.

Cracks are incredibly common and yet they remain one of the most unnerving things about owning property. Maybe it’s their in-your-face visual aspect, who knows, but they can certainly be unsettling.
It is, however, important to remember that not all cracks mean there’s something terrible happening to the home. Knowing the cause is what really matters, and your survey will usually inform you of any underlying issues associated with cracks to the walls or ceilings found during the inspection. 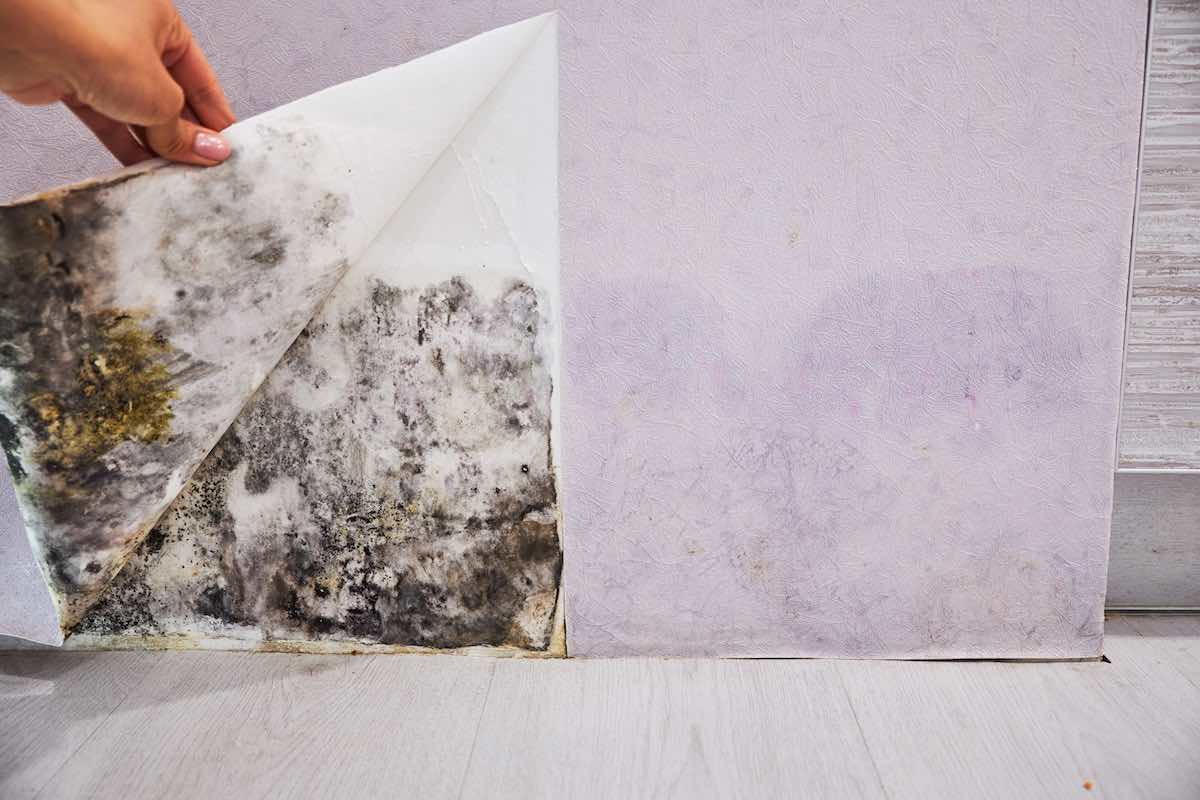 Damp is another very common issue flagged up by property surveyors. It can affect the structure of a building and be incredibly detrimental to our health, so knowing that it is present, and how prevalent it may be, is vital information when buying a home.

As with all things on our list, many damp issues can be rectified without too much hassle. It all depends on how bad the problem is. If it’s simply an issue with condensation, the fix couldn’t be simpler, whereas damp-proofing, on the other hand, requires expert help and the cost can run into thousands of pounds.

If your survey highlights a serious damp issue, it’s prudent to get a further survey conducted by an approved damp surveyor. This additional check will provide you with greater insight into the type of damp you’re dealing with and the full extent of the issue at hand.

Drainage issues can vary from faulty drain pipes to sagging guttering, all of which will be pointed out by your surveyor in their report. Some drainage-related problems may, at face value, seem insignificant, but their impact can be huge if left unchecked, hence their inclusion in the surveyor’s assessment.
The good news is that rectifying most drainage dilemmas usually won’t cost an arm and a leg if caught early.

Dry Rot
Counterintuitively, dry rot needs water to flourish, so it can be considered a damp issue as much as it is a standalone problem. It will, nevertheless, be reported upon by a surveyor and will often feature as an individual issue that needs to be addressed.

Thankfully, many dry rot problems can be simple to fix, as they often arise because of a leak or poor management of condensation and its root causes. As ever, your surveyor will be able to advise you on the extent of the dry rot and its implications on your property purchase.

Another frequent fly in the property survey ointment is electrical issues, which can range from relatively inconsequential through to the incredibly important. If yours falls into the latter camp, it’s wise to have an Electrical Installation Condition Report conducted to find out the true extent of the problem. 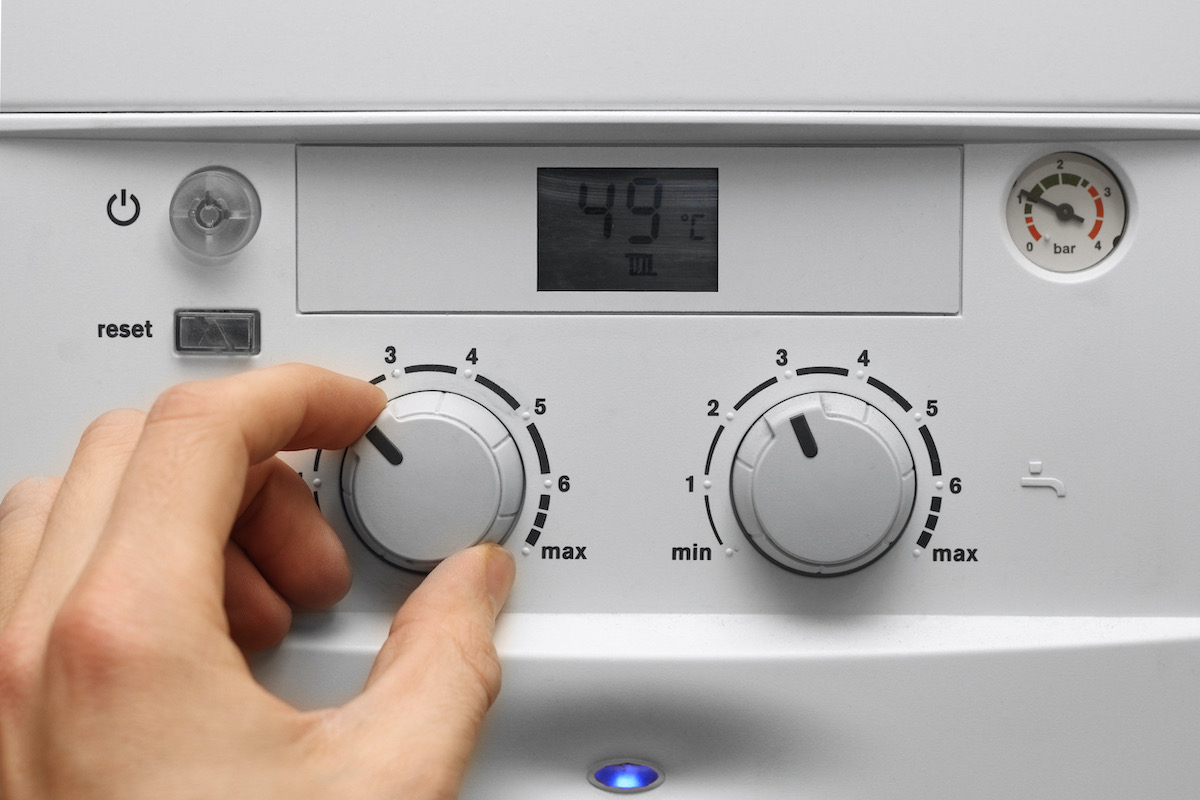 Surveyors carrying out surveys on old properties sometimes suggest the buyer seeks out a CORGI registered gas engineer to give the home’s heating system a closer look. This doesn’t automatically mean there’s a problem, but it does usually mean that the heating system is as old as the home itself and complicated to assess.

In many instances, the heating system will be safe to use, but it will almost certainly be inefficient, outdated, and difficult to operate. Installing a modern system will often be the best course of action.

Insulation is big news at the moment and any issues with it in your potential property will be flagged up. This can range from there being none at all through to damaged or poorly fitted insulation boards or rolls.

The cost of putting insulation issues right isn’t exorbitant, but the ongoing cost of going without can be considerable, so it’s a job worth doing.

Japanese Knotweed (and other invasive plants) 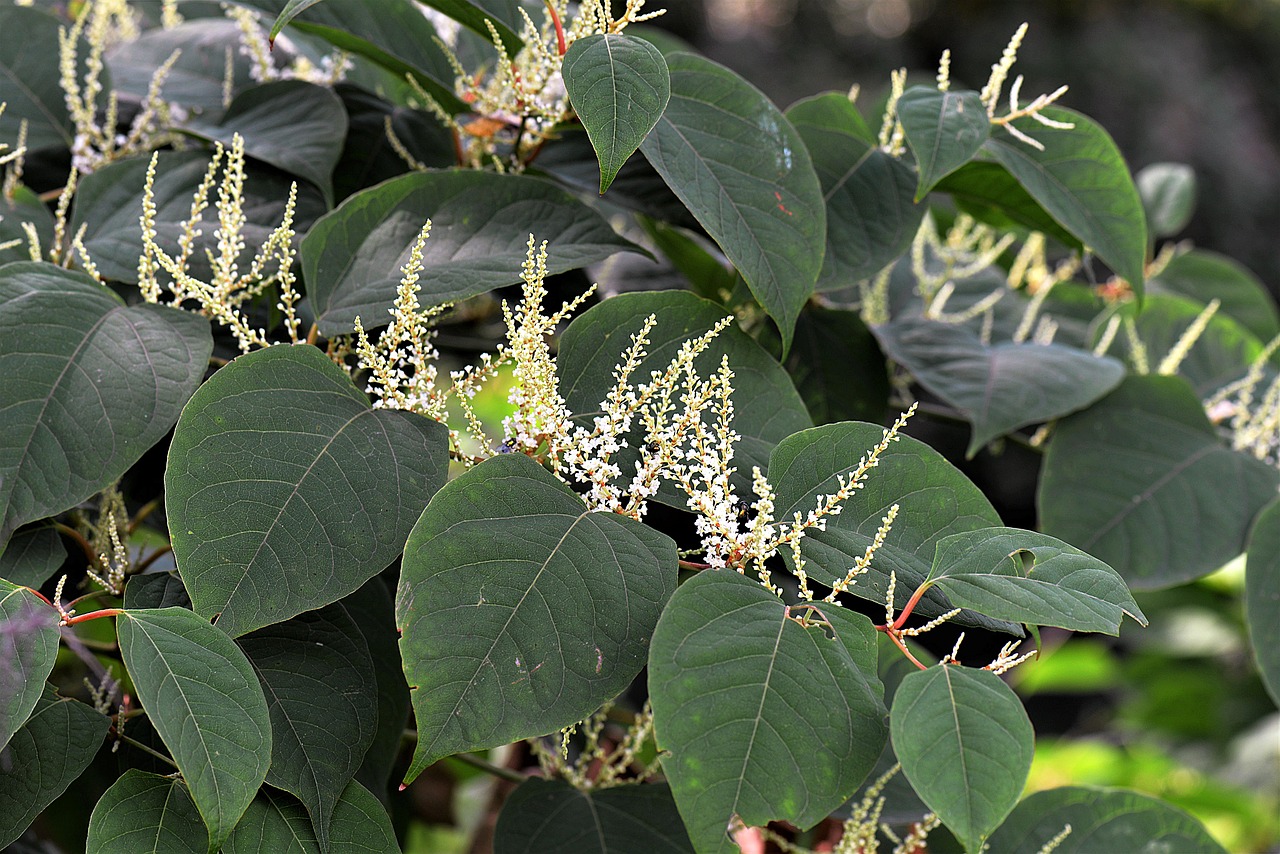 Your surveyor will look for signs of Japanese knotweed during their survey. If found, they will include it in their report and advise you to seek the help of a specialist.

The reason for this is simple: the pervasive plant can ultimately affect your mortgage, in some instances voiding it altogether.
For a fuller explanation on this invasive plant.

Gas Safety Records, Boiler Test Certificates, and Electric Test Certification are frequent offenders when it comes to featuring in home surveys. While there may not be a problem with any of the associated appliances or systems, missing certification will result in a red flag being flown by your surveyor and will be included in their report.

No Carbon Monoxide Or Smoke Alarms

Despite numerous campaigns by Fire Brigades and safety advisors up and down the country, many properties are still missing these vital detectors. Thankfully, this is an easily rectified problem for buyers to address. 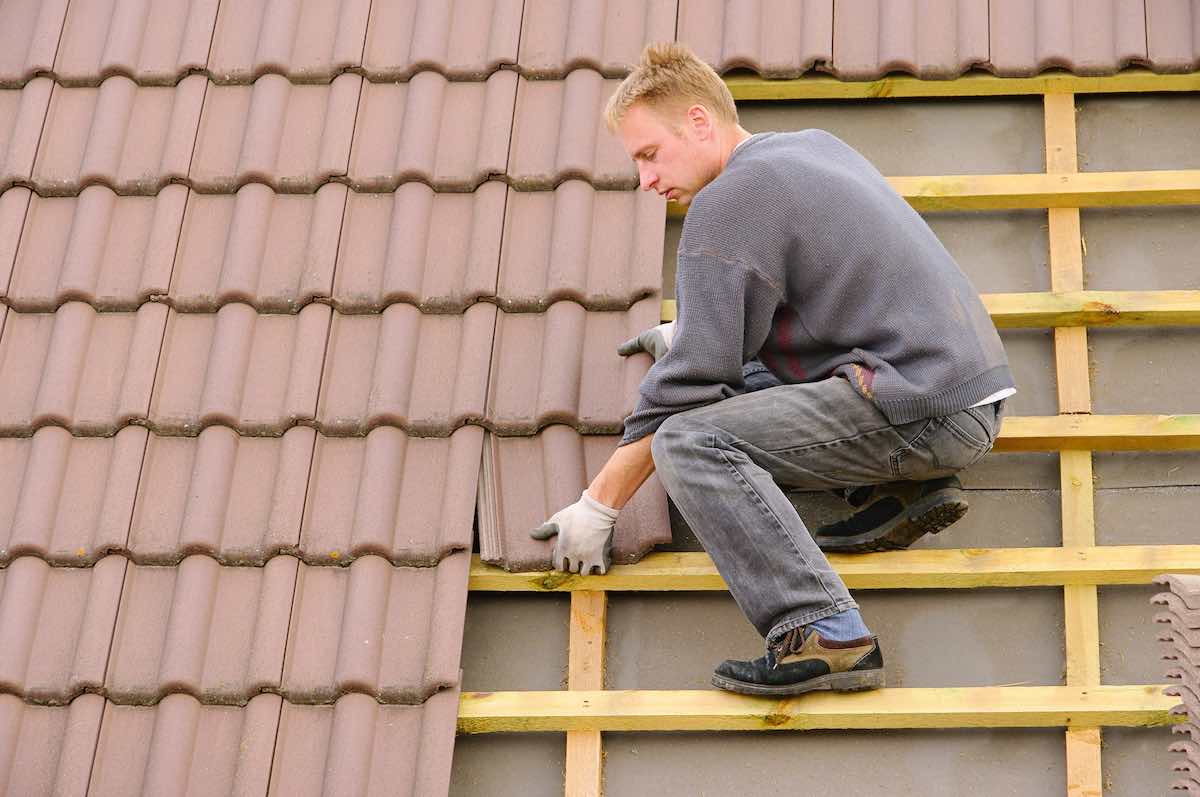 We’ve already covered a couple of loosely related roof issues (guttering and insulation) that may get flagged up in your survey, but there are other, more directly related problems that may be uncovered, too.

Things such as chimney flashing and missing or cracked tiles are relatively easy fixes, but your surveyor will also assess the structure of the roof to ensure that it is stable and fit for purpose. This, naturally, is a much larger, costlier repair to make and will require the services of a reputable roofing contractor.

This harks back to one of our earlier points in this list of common house survey issues: cracks. While we tried to reassure you that cracks are a normal part of home ownership, they can also be a telltale sign of something troubling: subsidence.

Structural movement isn’t uncommon, but there are different levels of severity. Your surveyor will be able to inform you if there’s an issue that will require further investigation.

Any additions or alterations to the original structure need to be accounted for, which means they need to be compliant with the current building regulations. The problem here is that building regs are changing all the time, so it’s likely your seller could have had the work completed when the law was totally different.
Fortunately, there is something called Regularisation, which is basically a fancy term for retrospective approval. This can only be sought from your local authority’s building control body (BCB). There is, however, one key restriction - only work carried out after 11 November 1985 can be approved via regularisation.

Surveyors look at windows for several reasons. Firstly, and most obviously, they are an important barrier from the elements and they are integral to the structure's insulatory properties.
Another, lesser known reason for close inspection is that windows can be an early warning sign for the aforementioned structural movement. Ill-fitting windows could mean that the building itself has shifted or that the property has other structural problems. 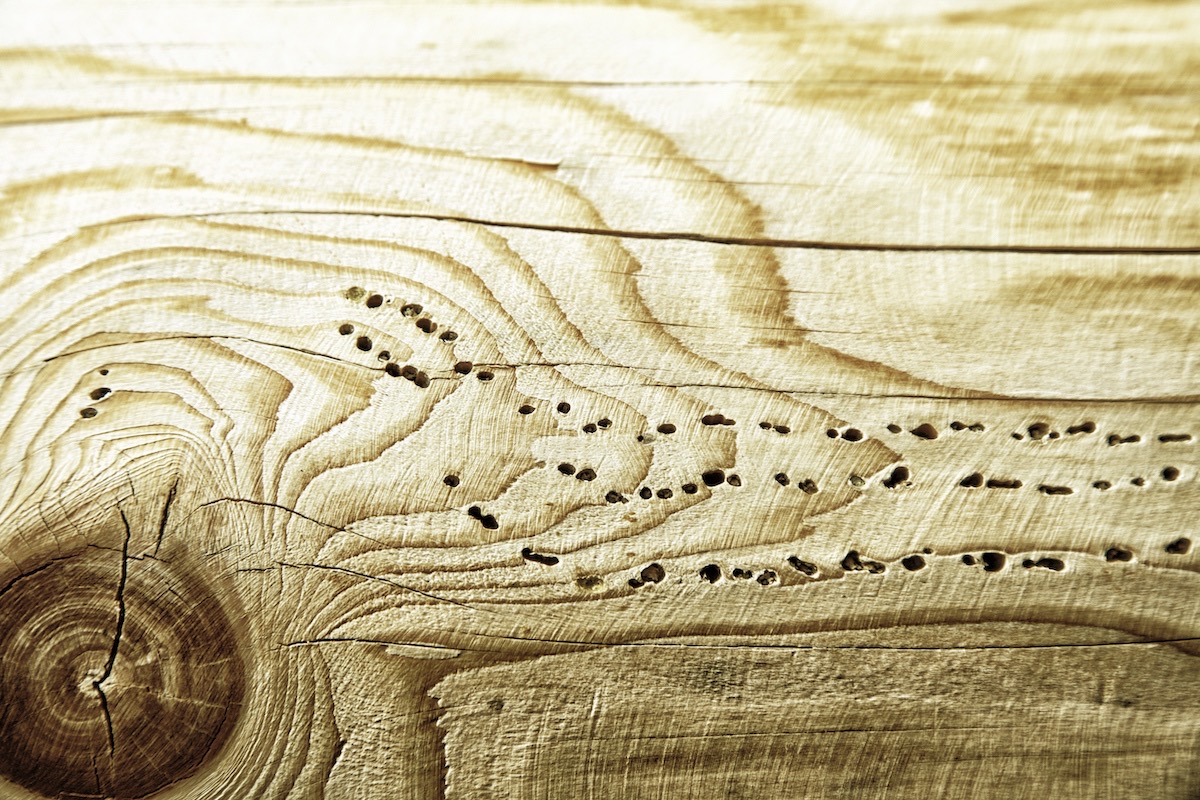 While some properties are at greater risk than others (here’s looking at you, barn conversions), woodworm is not altogether uncommon. What is rare, though, is for woodworms to take hold to such an extent that it causes structural damage.

A woodworm infestation is relatively easy to spot and diagnose, so the likelihood of it going untreated long enough to be problematic is slim. That said, don’t be overly surprised if you do see mention of it in your survey report.

For a more detailed look at the burrowing beetle larvae, check out our post: Woodworm: How To Spot And Treat Wood Boring Beetle Infestations


Equally, many problems unearthed during the course of a home survey are easy to fix and relatively inexpensive - in the grand scheme of things, anyway. So, if you’re presented with a long list of issues, take a deep breath and stay calm. There’s every chance your purchase will still go ahead.